I largely consider the Nexus One to be the best Android device ever made. It wasn’t trying to copy the iPhone – it had a unique and innovative design. For this reason I have a bit of a soft spot for HTC.

Similarly I dislike Samsung for both their lack of innovation and their depiction of iPhone users in their commercials.

Thus, I typically will buy an HTC when I’m due for an Android upgrade. I skipped over the HTC 9 so I was overdue when the HTC 10 came out.

The screen is bright and vivid. The phone is a good size – not too large, but big enough for what I do. The Phone feels great in your hands without looking like an iPhone.

I find the integrated fingerprint sensor to be better than most other Android devices that I’ve played with it terms of speed of response.

As a 12” Macbook owner, I am possibly over-excited about the phone’s USB-C. Partially because it means one less adaptor but also because the laptop adaptor actually charges the phone in the new super fast USB-C mode. I don’t think it’s taken more than 45 minutes to charge since I started using it.

Ice View is a super cool idea. Alter the display inside a case so that you can quickly see information or access basic notifications.

It’s one of the things I like most about the customizations HTC brings to Android.

Unfortunately the HTC case required to use Ice View is expensive for what it is ($50) and feels ultra cheap. It’s a travesty to wrap such a nice phone in such an awful case.

Here’s where I am going to stop this review.

It’s not fare to judge a phone until you’ve used it for a month or two, especially if it has OS customizations.

Once I get a little more time on the device I will update this review to include my thoughts on HTCs customizations to Android and how the phone performs in daily use.

Be safe, have fun, and take care of each other. 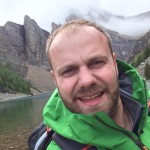